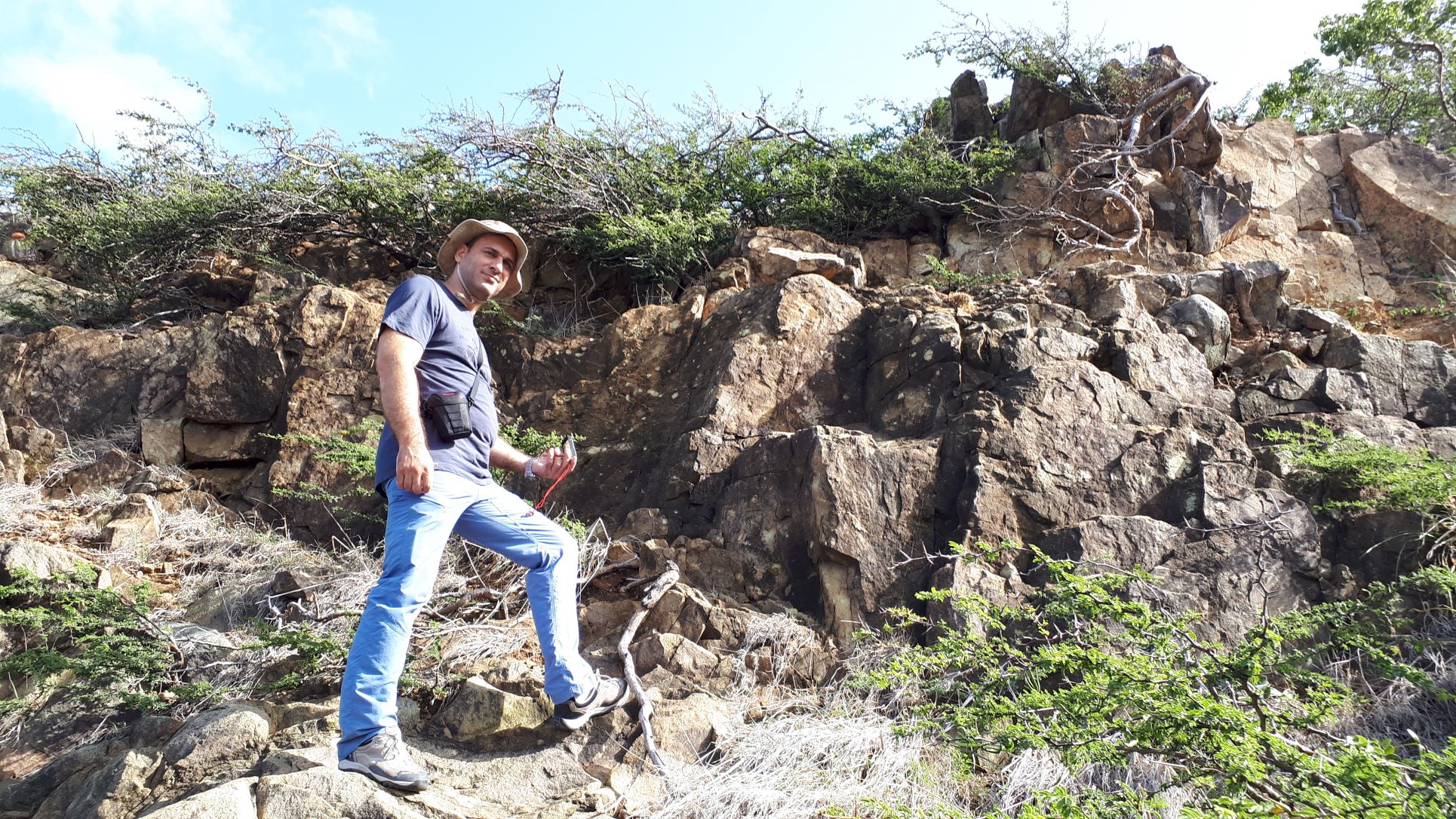 Co-leader of PilotSTRATEGY’s work in Greece studied in the UK, joining our partner CERTH in 2018

Like many youngsters, Pavlos Tyrologou was fascinated by volcanoes and dinosaurs - but, in his case, the fascination, with geology at least, stuck.

“It started with the usual suspects: volcanoes and of course, dinosaurs,” he recalls. “Then, when I was about seven years old, I read Jules Verne’s ‘Mysterious Island’. The main character is a scientist, a sort of geologist. He is a very smart guy who is always coming up with solutions as to how to survive on that island, often based on geology. So, this reinforced what I was interested in and I stuck with it.”

This early passion has led to a very varied ‘portfolio’ career as a geologist, editor, project manager, expert witness and consultant, mainly in Greece, the UK and for European organisations in Brussels but also as far afield as Australia, Madagascar and Sint Maarten in the Caribbean.

Born and raised in Athens, Pavlos’s first port of call was the UK where he spent a decade studying and working as a consultant. He took his first degree, in Geology and Applied Geology, at the University of Glasgow, followed by an MSc at Cardiff University. For his PhD, in Environmental Geotechnical Engineering, he moved to Imperial College London, specialising in building on contaminated land and benefitting from a Stanley Elmore Fellowship.

He first became involved in the EU’s Horizon research programme - PilotSTRATEGY’s funder - through his long association with the European Federation of Geologists (EFG), the Brussels-based professional organisation for geoscientists which brings together 28 national associations. He has sat on its expert panel on natural hazards and climate change for more than a decade, leading it since 2015. He is also EFG's external relations officer and, since 2020, editor-in-chief of its twice-yearly journal.

In parallel, he continues his work as an expert witness in legal disputes and as a consultant for civil infrastructure projects, mainly advising on slope stability and natural hazards. He also carries out geo-diligence for potential investors ahead of building works. These days, he relishes the chance to conduct fieldwork – but this was not always the case.

“Absolutely I like to go in the field whenever the opportunity arises. But I will tell you a secret - when I was young, just graduated, I didn’t really like it,” he says, talking from his summer home in the Gulf of Evoia in central Greece. “But as time passed that changed. When you are in the field, that’s geology. In the office, you are just gathering the basic data to prepare yourself for going out in the field.”

He began working with the Centre for Research and Technology Hellas (CERTH), one of PilotSTRATEGY’s two partners in Greece, nearly five years ago. A not-for-profit organisation based in the northern city of Thessaloniki, CERTH is overseen by the Greek government’s research and innovation arm, and has broad research interests, from climate change, the circular economy and sustainable energy to robotics, healthcare and nutrition. At CERTH, among other things, Pavlos worked on STRATEGY CCUS, our predecessor project, before becoming acting leader and now co-leader of CERTH’s work on PilotSTRATEGY, together with Dr Nikolaos Koukouzas, who recently returned from a secondment to the European Commission in Brussels.

“CERTH allows a lot of flexibility to develop your own interests. It’s a very creative environment,” he says. “You can bring an industrial background and see how you can apply certain things to the research and move things forward. You learn things and go back to industry and try to reapply them.”

With such a busy professional life and a family – he has a seven-year-old daughter – he has no time for hobbies.

“Geology is also my hobby. For me, it’s a passion, not a job,” he says. “Geology is a multidisciplinary subject and it has allowed me, with my engineering and geology background, to transfer from surface engineering projects to reservoir engineering like CO2 storage. I’m using the same knowledge in a different area. That’s great. It always keeps me busy and creative. I’m a lucky one.”

Although he enjoys working with academics, he has no desire to return to university work.

“No, no, no! I always want to stay in applied geology”, he says. “I appreciate academia and I can support and be involved with academia but it’s not for me.

“I want to see things happening.”