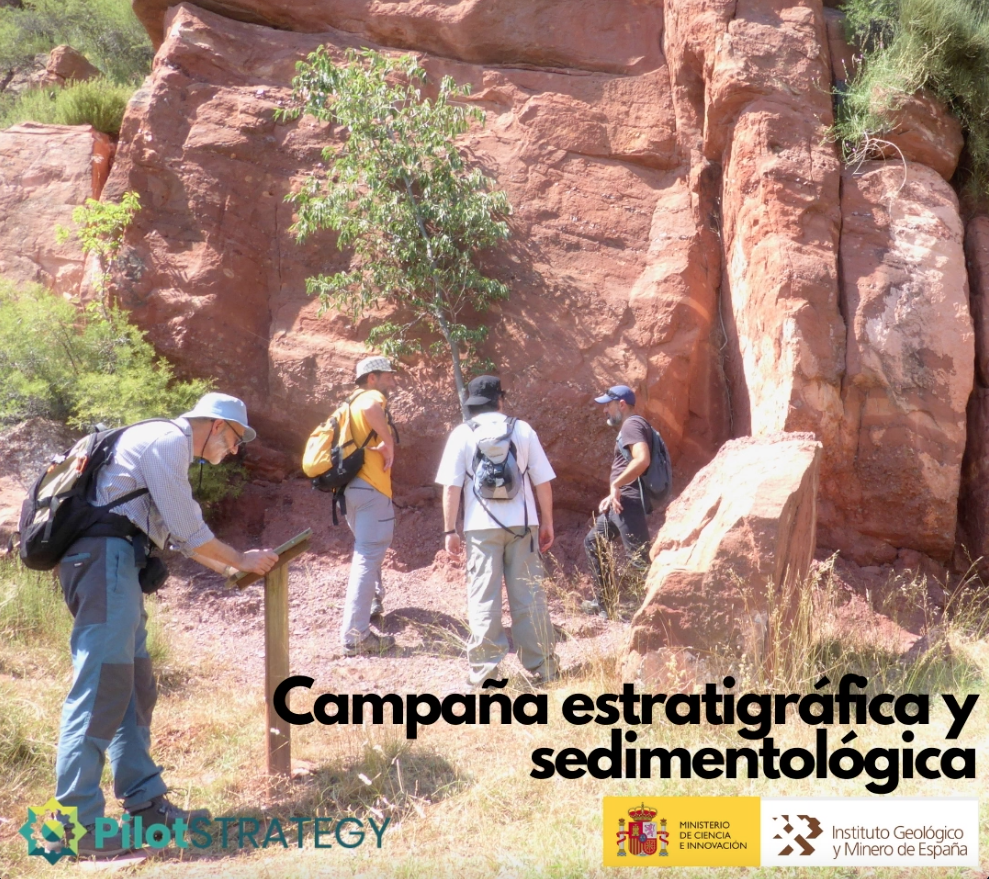 And we’re off! Our colleagues from Instituto Geológico y Minero de España (IGME-CSIC), the Geological Survey of Spain, have wasted no time in beginning their field work in the Ebro Basin.

The region is one of five being studied in PilotSTRATEGY – all have been identified as promising for carbon capture and storage (CCS) but in need of better options for storing CO2 to be captured from local industries.

In these images, taken between May and July, the team is hard at work on three different campaigns: gravimetric measurement, natural seismicity measurement and stratigraphic and sedimentology investigations. The fieldwork took place in the southern part of the basin at locations between Zaragoza and Teruel in north-east Spain.

“This fieldwork represents the first steps for building our geological model of the onshore structure,” says Paula Fernández-Canteli, who heads IGME’s participation in PilotSTRATEGY. IGME-CSIC is the coordinator for CO2 geological storage in the Spanish region.

In Spain (and also Portugal), PilotSTRATEGY is initially examining potential onshore and offshore CO2 storage sites, with a decision to be taken in November 2022 as to which proceeds for further investigation and a possible storage pilot.

STRATEGY-CCUS, PilotSTRATEGY’s predecessor project, has examined public data on the onshore storage potential and collected further information from industry and other stakeholders via Regional Stakeholder Committees. PilotSTRATEGY has brought the opportunity to conduct new research in locations of interest in the field.

Another difference with STRATEGY-CCUS is the inclusion of an industry partner - in the case of Spain, Repsol has joined the Spanish team of IGME and CIEMAT, a public research agency.

“It was a recommendation of the [EU funding] call that we have industry partners. Repsol has extensive geological expertise and technological capabilities that will make a significant contribution to the project,” says Paula.

“We are trying to get as much information as possible about both the onshore and offshore sites – on key issues such as identifying risks and other stoppers. This may eliminate one of the sites or we will just decide. We will take all the decisions together.”